When you think about technology companies in the United States, the San Francisco Bay Area immediately comes to mind. With Silicon Valley, Palo Alto, and South of Market (SOMA), this area is truly a tech-driven economy. Except for Amazon, the world’s largest tech stocks by market capitalization are headquartered in the Bay Area, including giants like Facebook, Alphabet, Netflix, and Google. As the leading industry in the region, technology companies occupy a significant amount of office space and, though some have maintained a work from home (WFH) policy since March, others have employees coming in every day.

In 2020, the term “technology” has become very broadly defined. One could say that virtually every business today is in some way a “tech company” considering our massive reliance on technology for future growth prospects, whether we’re talking about grocery chains, warehouses, or energy companies. To understand the state of the local office market, we need to group the multitude of tech companies into three most distinct sub-categories we have in the San Francisco Bay Area: namely software, biotechnology and electronics/medical device/hardware. Each one has had a different influence on the office market and will continue to impact the sector as we regain our footing from the pandemic.

Software - These companies have tended to cluster in downtown San Francisco, SOMA, and Mission Bay districts and include social media companies like Twitter, Snap and Instragram, gaming companies such as Twitch and Ubisoft, and enterprise software companies like Salesforce. The nature of the software business has allowed most of them to allow WFH during the pandemic and consequently, the city of San Francisco has seen the greatest jump in sublease office space anywhere in the Bay Area. In 2019, there were 41 sublease spaces with less than 10,000 SF, totaling 811,000 square feet. At the end of July 2020, there were 149 such sub-lease spaces totaling 4.9 million square feet. Clearly, the WFH trend has significantly impacted the industry’s reliance on office space.

Biotechnology - This sector has been driving up demand for biotech office space and has moved in the opposite direction from software industry over the past year. These companies have clustered not only in the Mission Bay area of San Francisco, but in South San Francisco/Brisbane, and Emeryville/Berkeley. In most cases, it is impossible to do the clinical laboratory research working from home. In addition, the Covid-19 pandemic has brought a flood of government research dollars in the pursuit of vaccines, testing kits, and personal protective gear. Higher rental rates and lower vacancy rates have become the norm and brokers are tracking about 30 million square feet across the Bay Area and vacancy in San Francisco proper is essentially zero. Outside the city however, the average vacancy rate has risen slightly year over year to 7.1%, but this is primarily due to huge amounts of new biotech construction, primarily in South San Francisco and the mid-peninsula areas of Palo Alto, Menlo Park, and Redwood City.

Electronics/Hardware/Medical Device - These three sub-categories are grouped together because of a common thread: they all make a tangible, physical product, whether it is a semiconductor chip, a touchscreen, or an imaging device. These firms tend to cluster in Silicon Valley, where large floorplate, heavy power R&D/manufacturing buildings are common and they often have significant adjacent office components. The impact in these industries is mixed. On the positive side, we are seeing increased demand for medical device products, particularly related to Covid testing and personal protective equipment. On-shoring of products that were previously created overseas is also becoming more common to help with the security of critical item supply chains. Inversely, the companies with a more significant office component, such as Cisco Systems, are continuing their WFH plans and have paused any expansion into new office spaces. So far, average asking rates have held steady, but the net absorption in 2020 was negative 914,000 square feet - the worst quarter since 2016.

Looking forward, with the introduction of a widely available vaccine, I believe we will see a strong surge in office demand starting in 2Q-2021, due to how workspaces are reimagined. The typical high-density office space, with workbenches and very small cubicles, will be reinvented, featuring lower employee densities, which require more square footage to operate. Biotech will continue to be a robust contributor to the San Francisco Bay Area economy and the tech giants of Silicon Valley will also come back strong in the second half of 2021. There are simply too many, (perhaps every), companies that rely on technology for future growth to not be inevitable. 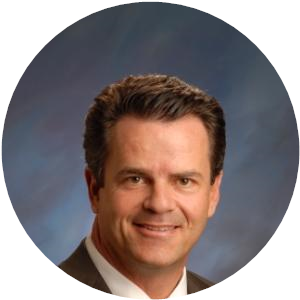 Commercial Brokerage: The Next PropTech Frontier