Commuting has taken on an entirely different meaning since March.

Commercial real estate brokers, investors and analysts are watching and waiting—along with much of the nation—to see what the future holds for the office market in the wake of the COVID-19 pandemic.

From lease terms to office layouts, touchless solutions, and the need to balance social distancing with collaboration, the core identity of “the office” remains unclear. Gone—for now, at least—are the communal water coolers, coffee pots, populated conference spaces and waiting rooms. In their place is a continuing degree of uncertainty as to what the post-pandemic future holds for employers and employees whose job descriptions include face-to-face collaboration and client engagement.

One thing is sure: COVID-19 has altered the way the office looks. And at least for the time being, it looks dramatically different than what was depicted in the long-running Steve Carell sitcom, “The Office.”

“We don’t know the full impact yet,” said Wayne Barber, Jr., SIOR,, co-founding principal of Southern Illinois commercial real estate firm BARBERMURPHY. “There is already a change in the attitude of how employers and employees utilize space.”

SIOR President-Elect Patrick Sentner, SIOR, executive vice president at CBRE, represents office and manufacturing tenants throughout North America. In talking with landlords, their leasing agents and property owners, he says, it is amazing how markedly conversations have changed over the past several months.

“My colleague represents office landlords in downtown Pittsburgh,” said Sentner. “One property owner is perfecting what he calls a ‘no-touch office’ experience. You can literally travel from your home to the office parking garage, access your building and arrive at your desk without touching anything besides your car keys and key card. These types of no-touch conversations are taking place a lot more as employers and building landlords work to make sure occupants are comfortable getting to the office building.”

Employers in urban core cities such as New York City and Chicago, Sentner said, need to confront another layer of the issue: mass transit commuting protocols. “It is such a critical issue,” he shared. “Until you can solve the perceived problem of getting into the city, building access protocols aren’t yet relevant.”

In terms of the office spaces themselves, a curious yin and yang is evolving—mostly as a result of COVID-19 but also as a cyclical design trend away from the open concept layout to a more traditional office floor plan.

“We are seeing a combination of two juxtaposed dynamics,” said Sentner. “First, all companies are discovering that at least some of their employees can work from home and work from home well, but the majority of people are saying they still need some level of (in-person) collaboration. Often times, these individuals may not pick up the phone to call their colleague. But if they pass him or her in the hallway, it’s an opportunity to collaborate and creates that next level of performance. Second, there’s the obvious new phenomenon of social distancing…you can’t expect tenants to still have five to six occupants per 1,000 square feet.”

According to DBRS Morningstar Vice President Kevin Augustyn, the decade-long trend of an open-concept office was one that had already begun to reverse prior to the onset of the pandemic. “People were already beginning to look at other alternatives,” Augustyn said. “What I think the COVID-19 crisis did was accelerate that trend. For companies with existing footprints, if no additional space is available for expansion and the firm doesn’t want to expand—or can’t—they’ll have to make that footprint work. And in many cases, it’s too dense in terms of physical spacing requirements. The social distancing concerns extend beyond the actual workspaces to the flow of foot traffic on the office floor, in restrooms, and in hallways and dining areas, [as well as] the layout of conference rooms. Mitigating touches wherever possible such as the elevator, parking garage and even the coffee machine, is going to be critical for office landlords.”

Ventilation, "cleanability," and flexibility with regard to social distancing protocols are other important factors that building owners, landlords, and facilities managers will need to prioritize post COVID-19, Augustyn said.

Short of redesigning the space itself, something property owners (sellers and buyers) may be reluctant to do in the short term, scheduling employee rotation in and out of the office is afoot among many employers.

“Every industry is going to approach this differently,” Sentner said. “And office investors are really going to be looking not at whom the tenant is, but rather at the usage of space by the tenants. If it’s a tenant with a corporate headquarters and a long-term lease but with employees who are predominantly working from home at this stage, that tenant may not be exercising their (long-term lease) renewal or may be negotiating a change in the terms of that lease.”

BARBERMURPHY Broker Associate Terry Johnson agrees that where investors are concerned, it all leads back to the individual investment property and the length of its lease.

“Even before COVID-19 hit, long-term (office) leases were already hard to find,” said Johnson. “Once the dust settles, we’ll know the true impact. Corporate giants like Amazon have announced huge numbers of employees will be working from home, but those are mostly data-entry professionals. National organizations have been issued protocols that they’ll need to abide by. For the smaller regional or local companies, they’ll likely have more flexibility in how they approach this and whether it means a space redesign and/or an office rotational schedule to enable them to continue with the same amount of space but also maintain social distancing requirements. There are still a lot of unknowns,” he added.

Johnson is preparing to meet with a national mortgage company client whose office lease is up for renewal. “For organizations who have had coworking spaces with hoteling—such as large, communal office tables with IT hookups—we may see those spaces remain but with plexiglass wall dividers. But even if you pull 10% or more people out of those office spaces, you’re still going to need bigger spaces for those who remain in office. We predict that this whole scenario is going to be a disruption of the office environment for probably the next 24 months. No doubt, the multiple-tenant office buildings are going to be the ones with the greatest impact post-COVID-19.”

Jim Postweiler is an executive managing director at Newmark Knight Frank. Based in Chicago, Postweiler provides commercial real estate advisory expertise to institutional investors across the Midwest. “Throughout the Midwest, office sales volumes are down overall because buyers are seeking discounted pricing while sellers are taking a wait-and-see approach,” said Postweiler. As a result, there is a bid-ask spread that is not yet reconciled. In addition, sellers have experienced exceptional rent collections over the last three months—in the 95+% range—reducing any pressure to lower prices.”

Public transit and elevators are the pinch points for investors in light of COVID-19, according to Postweiler. “While there is uncertainty in dealing effectively with things like elevators, public transportation, and building protocols, the best advice for owners and employers is to track and follow the guidelines set by BOMA and the CDC,” he said.

The current expectation of anyone buying office is closely tied to the expectation in underwriting, said Postweiler. “If you’re buying an office building right now, there are three considerations: First, the debt markets are a little worse but still viable. You’ll give up some proceeds and use more equity, but you’ll pay a little less to gain the same kind of returns. Second, with market leasing assumptions, using a lower growth rate, there are likely more concessions. Third, equity returns…do you have the cash and are you looking for a higher return?”

There has been some downward pressure on office underwriting, according to Postweiler. “But for a Class A building, the actual concession may be a smaller buyer pool where the result is less competition and a larger probability of winning the sale for those who have been competing against ‘well-connected’ buyers.”

“Many office users are looking at reduced spaces—such as 2,000 square feet rather than 5,000 square feet—and they’re planning to rotate their people in and out of the office and allow them to continue working from home the rest of the time,” Fischer said. “The big impact now on office is the added cost it’s creating for the employer and the landlord due to the extra cleaning and disinfecting it’s requiring. With regard to office investment, I think the knee-jerk reaction will be that underwriting will, of course, be more conservative. But still, [in] our market (Southern Illinois), there are active investors looking for office investment.”

Fischer advises office property owners to seek counsel from their real estate advisors. “If you’re an owner, don’t hesitate in talking with your commercial real estate professional about value,” he said. “You may be thinking it is a terrible time to sell, but you may be pleasantly surprised by our professional opinion of the value of what you have.”

Morningstar Senior Analyst Kurt Pollem, who normally offices in NYC, said large employers whose companies are located in large urban cities—such as New York—are supporting a lengthy work-from-home culture among their workers. “Because of the density factor and because the city was shut down with so many COVID cases, people fled for months,” he said. “Finance, technology and legal professionals are all still working via Zoom. In urban centers, particularly those served by mass transit, the view and the dynamics of the traditional office landscape are shifting since working from home wasn’t a choice. We had to collaborate differently. It has proven that this works, but since office tenants are locked into longer-term leases, there’s not the immediate impact as we’re seeing with hotels, and to a lesser degree, with multifamily. There’s an equilibrium, but nobody knows yet what that is going to be.” 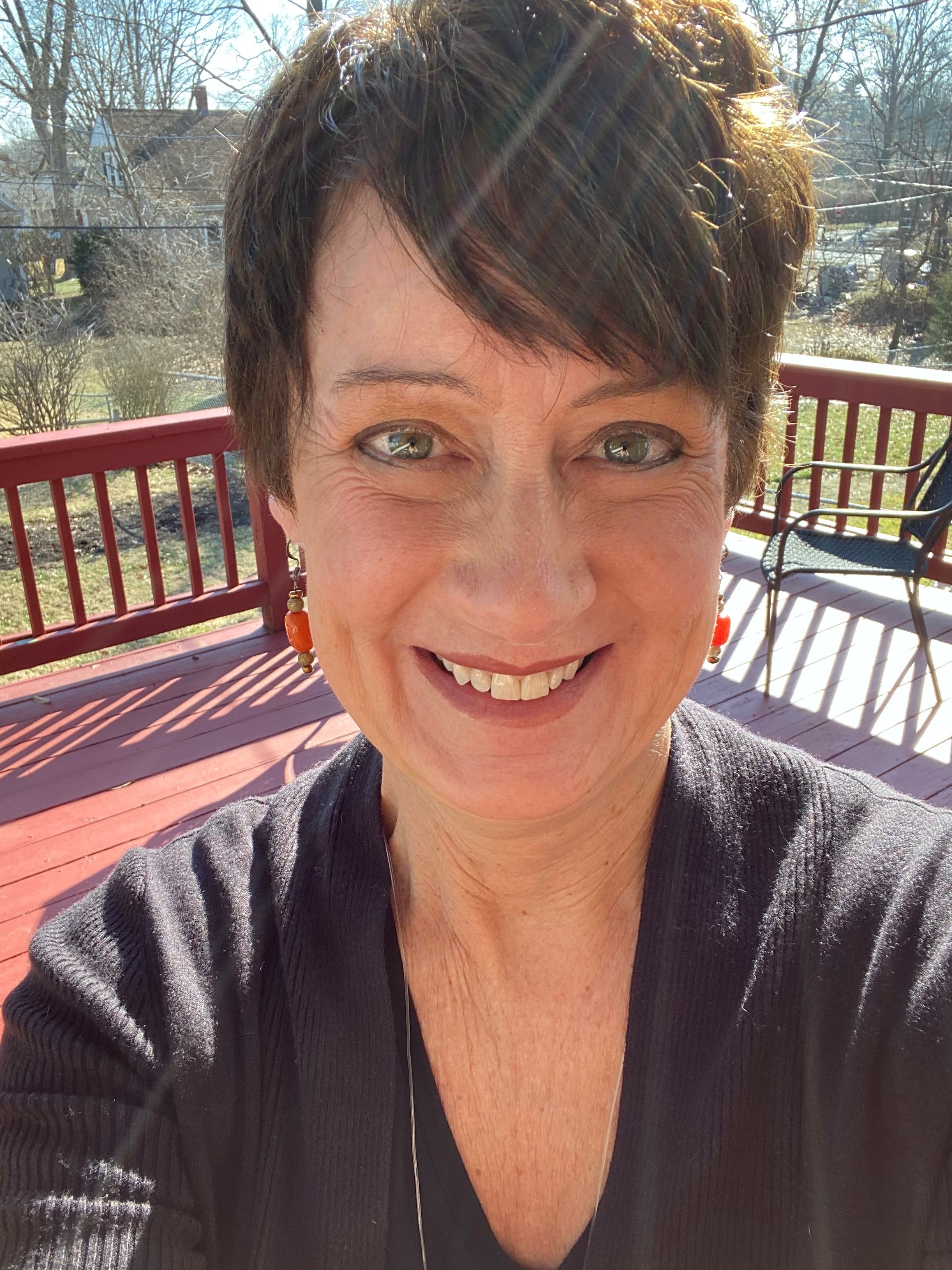 Kerry Smith, owner of Informationworks, is a full-time business freelance writer in St. Louis covering energy, real estate, technology, construction, design and other topics. She can be reached at kerry@informationworks.org | 618.225.2253.