So… Who Actually Owns the Data?

Data. Such a word often guides a company through growth and strategic planning. It outlines future goals and more often than not, provides a great snapshot and overview of performance and comparison. But since the creation of smart devices—cell phones in particular—data has become so much more.

Real-time data is now being sought after by users that previously would not have been thought of as actively using it. For example, sporting venues are after user data to track which beer is being purchased at what time of the game and in return, are providing fans feedback predicting their expenditures and showing where the shortest concession lines are. Data is also telling companies where their employees are gathering the most in the office office and guiding new design to enhance such collaboration and culture. Landlords are even using data to track which doors are entered—and when—so they can place the appropriate coffee maker, sandwich shop, or other amenity. They can then in turn provide appropriate security measures.

Such data is becoming something so sought after that it’s being packaged and sold to interested parties. But who really owns the data? For example, if you utilize a building’s Wi-Fi and then interact with an app at a local food vendor, does that mean your actions and feedback while using such are owned by you? Or by the application you were using or tethered to?

The biggest quandary lies in the realm of social media and the data that billions of individuals are providing, contributing to the greatest data collection process ever. This is not limited to just personal data put there by us, but also by our co-workers, our tenants, our friends, our kids… and in many cases, businesses and their corresponding data. As a result, it begs the questions: Is our personal information really personal, or is it public once it hits a public site? Do business retain rights to marketing, promotions, public relations, etc. in the same action?

This is all yet to be determined as it’s a puzzle many are still sorting out. It’s important and pervasive enough, however, that Congress has taken steps to protect the intellectual rights and data ownership of data stored in the cloud with the Stored Communications Act [SCA]. As with any legislation, there are multiple moving parts to this. For instance, in one section it states that when data resides on a cloud-provider’s infrastructure, the user owner’s rights cannot be guaranteed. Thus, just because you created it, the privacy of that data cannot be guaranteed. The SCA also permits the government to seize data of American companies even if it is stored overseas. And if you’re following… this part of the SCA is what lead Microsoft to take the U.S. Government to court to challenge such.

Regulating data likely comes down to two things: public vs private data and how such will ultimately be defined. One thing is for certain however: data in today’s world is king. Your data, my data, our over-lapping data—it’s all pertinent to a user out there whether we’re cognizant of it or not. As to how we protect, use, or even sell such is yet to be determined, but certainly already a conversation and process that is underway.

Watch for real estate corporations (and even developers, landlords, etc.) to highly protect and pursue the data stored in each asset aggressively in the future. The ability to understand any query can typically be answered through access to real-time data. Such is typically each to access and identify as seemingly EVERY individual has a device which will catalyze such… but who has the right to it is the question. 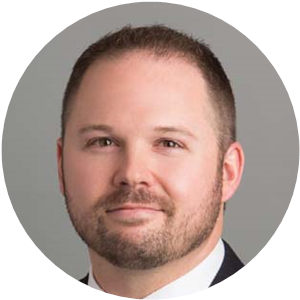