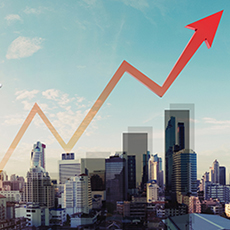 The commercial real estate sector, like the economy as a whole, can be quite fickle. Unexpected changes can have a massive impact on the market. If 2016 is any indication, we should probably prepare ourselves for numerous surprises throughout 2017. With that said, it's still important to recognize and prepare for emerging trends in the CRE market in 2017.

Here are some things to keep an eye out for:

The Brexit vote has taught us that the unexpected can happen and when it does, it creates a number of uncertainties in the growing economy. Many European countries have recently taken a shift towards nationalist policies. For the United States specifically, this shift is expected to help boost the real estate market considerably as the United States becomes even more attractive to foreign investors than other countries.

Drone usage in commercial real estate is expected to soar in 2017. As drone technology becomes more integrated into day-to-day activities and more people become accustomed to using drones, they’ll begin to serve a broader purpose. In commercial real estate specifically, drones are being used to give video tours of buildings, which has been much more successful at generating leads than taking photographs.

We can thank millennials for re-urbanizing the United States. Unlike the previous generation, millennials preferred to live close enough to work to walk, bicycle, or go there by public transportation. As a result, areas surrounding the central business districts of American cities underwent a renaissance. The urban population increased by more than 12 percent between 2000 and 2010, and it’s still projected to grow in 2017. Additionally, the suburbs are also projected to grow and even urbanize in the same year.

Foreign investment from China is projected to decline in 2017 as the Chinese government announced to place restrictions on overseas investing. While we’re not exactly sure how this will affect the market, many analysts predict that it will have a negative impact on commercial real estate lending.

Keeping an Eye on the Market

It’s hard to predict what’s going to happen in the field of commercial real estate in the year to come because the United States, as well as the world as a whole, is riddled with uncertainty. However, keeping up to date on changes in economic policy, financial regulations, and foreign relations can help us better predict how the CRE market will react.