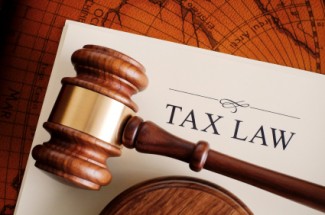 These are interesting times. In addition to the swirl surrounding the economic recovery — we in Ohio have even more to process — the shifting political conditions. The new commercial real estate landscape is hectic enough; who wants to keep a third eye on politics?

But, for now, we have to. There's a Governor Kasich bill that was thrown around enough times, finally changed by the time the budget was approved, but it would have affected many  — brokers, landlords, and service providers all in strange ways. If the new sales tax initiative had been passed into law we'd all have had to register in 10-15 counties for vendor's licenses so we could charge sales tax on commissions. In addition, a full gross commission paid was to be taxed. If half went to a cooperating broker, that half would be taxed again. When the firm paid the broker his share, wham! Another tax.

A discussion of the ramifications of this tax at our SIOR Chapter meeting in Columbus in March produced the startling revelation that the Lt. Governor expected the tax to yield $1.7 billion — and the accounting firm analyzing the bill predicted $6 billion! It took a lot of our time, and interface with other disciplines and our various PACs, but we all dodged a bullet by the budget deadline — this time.

Now there is still more to consider. In Cincinnati we're on the border of Indiana and Kentucky. Incentive border wars are worse than ever! Our best Cincinnati market, West Chester, won't offer incentives! Cleveland and Toledo have to contend with Michigan, but Columbus is largely immune other than the big bombers that used to be plentiful in the mid-2000s, who usually look regionally. Most brokers wish that they'd eliminate tax incentives altogether, but we shouldn't hold our breath...

And, of course, here in the heartland we're labeled a "second tier" market. This means that as the national players fight over the best deals in New Jersey, Eastern Pennsylvania, Chicago, California, Dallas, etc., we get ignored. The local REITS seem more interested in getting out than getting in. And here in Southwest Ohio, where our market has some really solid growth, we get passed by all too often.

A couple of years ago we had a NAIOP bus tour that went to the six I-75 interchanges just north of I-275 in the northern market (starting about 17 miles north of Cincinnati). The tour visited brand-new investments worth over $2 billion. Not chopped liver!

Amazon, which has a very strong presence in our Northern Kentucky market, is growing like never before, but won't enter Ohio while they enjoy such tax advantages from being in the states they warehouse and ship from...while the big-box retailers cry the blues over the disadvantage this creates...and this fight is just beginning. There are many other e-tailers in similar situations.

And yet there is some good news. The Financial Accounting Standards Board (FASB) which has been on a mission to better match U.S. and International accounting standards (despite running into a huge hornet's nest in the process), has recently outlined a timetable where the new standards won't be implemented until 2017. That's one easy thing to push to the WAY back burner. This of course, the protocol where all leases are to be treated as capital leases and to be on balance sheets, is wreaking havoc with corporate America and lending covenants.

The issue, of course, is best described as an accounting change that will require ALL leases to be treated as capital leases, effectively removing them as an expense item and making them equivalent to owning, with entries on balance sheets.

Here’s the really good news —  being an industrial broker ANYWHERE and an SIOR to boot is a great way to make a living.....there's been a lot of talk (and evidence) of a recovery lately.....bring it on!

So...now that Ohio's budget has been passed into law WITHOUT requiring broker commissions to be taxed, do you think the issue goes away? Is the redistribution of tax obligations unimportant for now?