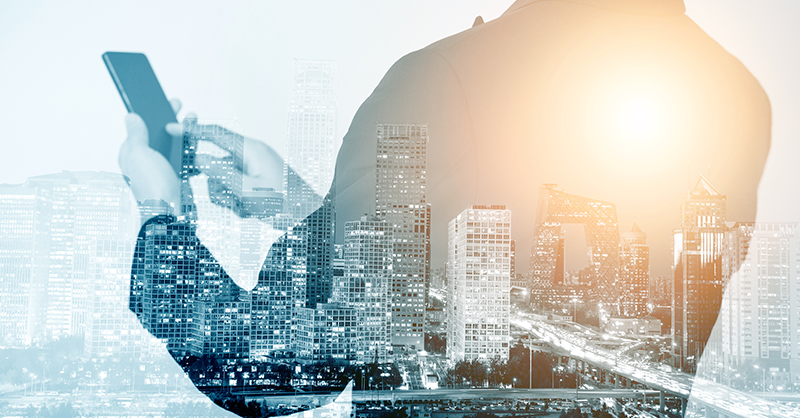 Economic activity in the first quarter of 2018 proved resilient, despite a trifecta of factors: a particularly capricious and snowy winter, combined with fresh international trade tariffs and a new tax framework. Real gross domestic product rose at an annual rate of 2.3 percent during the first quarter of the year, based on the first estimate from the Bureau of Economic Analysis. The figure follows on the heels of a fourth quarter 2017 advance of 2.9 percent.

The economic gain came from a notable increase in business investments, boosted by positive consumer spending, rising exports and government spending. Business investments maintained momentum at the start of the year, as optimism about the lower corporate tax rates met the reality of accounting strategy adjustments. Nonresidential fixed investment increased at a 6.1 percent annual rate in the first quarter. Corporate investments in equipment rose by 4.7 percent. Investments in intellectual property products—software, research and development—advanced at a 3.6 percent annual rate, spurred by a double-digit increase in software spending. The noticeable gain for the quarter came from spending on structures, which increased at a 12.3 percent annual rate. Investments in residential real estate were unchanged during the quarter.

Consumer spending—the main component of GDP—increased at a more moderate 1.1 percent annual rate, as the promise of the tax act’s higher paychecks trickled slowly into payrolls following the Internal Revenue Service’s release of updated withholding tables. Most of the spending gains came from services, as consumers—perhaps recovering from the fourth quarter holiday shopping season—cut back on purchases of goods by 1.1 percent. Spending on cars and light trucks took a 15.0 percent cut, even as consumers continued buying recreational vehicles and goods, as well as household appliances.

Even as the White House imposed tariffs on few imports, international trade remained brisk in the first part of the year. Exports rose at a 4.8 percent annual rate, with manufactured goods experiencing strong demand abroad. Imports—a negative factor in GDP calculations—rose at a more modest 2.6 percent annual rate, marking a slight improvement in the balance of trade.

Spending on government programs also increased in the first quarter, with a 1.2 percent annual gain. The federal government increased spending both on defense and nondefense programs by 1.7 percent. State and local governments’ spending advanced by 0.8 percent.

The economic picture also brightened on the employment front in the first quarter. Payroll employment in posted solid gains, with a net increase of 605,000 new jobs, based on data from the Bureau of Labor Statistics. The figure reflected a particularly strong February hiring spree.

Private service-providing industries accounted for a majority of new positions, with 434,000 net new jobs. Within the service industries, the quarter’s strongest gains were in the professional and business services and health care, which added 126,000 and 104,600 new jobs. Retail trade contributed a notable 54,800 new positions to payrolls, followed by the leisure and hospitality sector, with 49,000 new jobs. Financial services added 35,000 new positions, boosting demand for office space.

The manufacturing sector added 176,000 new positions to payrolls, a strong quarterly showing in the wake of the prior quarter’s 198,000 jobs, and the second-best quarterly figure since 2006. Both construction and manufacturing firms drove the solid gains. The wholesale trade sector added 25,400 new jobs during the quarter, while the transportation and warehousing sector contributed 43,100 new positions to payrolls. The gains in these sectors added wind in the sails of industrial properties.

The unemployment rate was flat over the first three months of 2018, at 4.1 percent, based on data from the BLS. The number of workers employed on a part-time basis for economic reasons picked up slightly from the prior quarter, but declined 10.5 percent on a yearly basis. The labor force participation rate was flat during the first quarter of the year compared with a year ago, at 62.9.

With an improving labor market, consumer confidence rose higher, with the Conference Board’s Consumer Confidence index advancing by 8.2 percent year-over-year, to 127.1, the highest quarterly value since the fourth quarter of 2000. Separately, the Consumer sentiment index compiled by the University of Michigan also posted an increase in the first quarter of the year to 98.9, compared with the 97.2 value from the first quarter of 2017.

Based on the SIOR Commercial Real Estate Index, the commercial markets continued riding an upward path, mirroring broad economic activity. The SIOR CRE Index, representing first quarter 2018 data, increased 4.2 points from the fourth quarter of 2017. Compared with the prior year, the index rose by 6.8 percent. The national index, based on 10 variables pertinent to the performance of U.S. industrial and office markets, closed at 134.7.   An index value of 100 shows a balanced market, meaning that the current value of the national index is pointing to growing conditions, having surpassed its historical average.  The figure represents the highest value since the index’s inception in 2005, and the sixteenth quarter with a value above the 100-point threshold since the Great Recession.

Conditions in office and industrial markets improved at a solid pace. The office index advanced from a value of 113.8 in the fourth quarter to 123.9 in the first quarter. On a yearly basis, the office index recorded a 8.6 percent gain. The industrial index rose to 146.7 in the first quarter of this year, a 10.8 percent gain year-over-year. Both office and industrial indices posted record-high values.

Regionally, the survey respondents expressed improving conditions during the period. The South posted the highest index value, at 143.4, with a 9.2 percent yearly gain. The West recorded the second highest regional index value, at 140.9, and the highest year-over-year advance. The Midwest—with an index value of 134.5—notched a 5.4 percent gain from a year ago. The Northeast rose 7.2 percent from the prior year, to a value of 126.8 during the quarter.