Considered by many to be The Police’s signature tune has come into the workplace as businesses aim for marginal (and not so marginal) gains in productivity facilitated by the falling cost of sensors.

Red Bull Racing, the Formula 1 team, is looking at building telemetry at its Milton Keynes site to improve productivity by monitoring CO2 levels, humidity, and air quality. Most of us will have sat through early afternoon meetings in stuffy rooms – at its simplest, low fresh air supply is behind that “stuffy” feeling. More fresh air and lower CO2 levels lead to more effective meetings and a more productive workforce.

More challenging is the use of motion sensors to monitor desk occupancy as several major European banks found in London this summer. With the average cost of a desk in London say, £12,500 - £15,000 pa (USD16,500-19,500 pa), companies are looking at ways to reduce desk numbers – actual occupancy and usage trends are important tools in this analysis.

Companies are at pains to point out that this is about cost, not occupancy (for which read “jobs”) – few believe that “time at desk” = productivity, but the costs mount up. Using the information provided, companies will be able to manage desk availability and to provide building services (eg air-conditioning, lighting) more efficiently.

Adobe installed sensors in its London office in June. Prior to installation, employees along with HR and security specialists were consulted. The feedback on the London trial was positive and the company may introduce the technology elsewhere.

Willis Towers Watson uses sensors in around 20 offices. Findings indicated that its offices were used 50%-60% of the time. The business has set a target of achieving 80% occupancy along with the introduction of agile working practices.

Monitoring is not always popular, The Daily Telegraph – a UK national daily newspaper – installed sensors. They were removed within a day after staff complained about “Big Brother-style surveillance in the newsroom”.

“Big Brother” – a phrase from George Orwell’s novel “Nineteen Eighty-Four” used to describe any prying or overly-controlling body and attempts by the government to increase surveillance – often goes hand in hand with any discussion on the use of sensors.

“Every step you take…”

Whilst desk sensors are the focus of the “Big Brother” charge, there are easier ways to track staff activity through, for example, computer logins and mobile phone usage. Public dissonance on the subject is exemplified by the trade-off between tracking delivering personal convenience (eg Uber, Google Map’s road directions) and personal privacy.

The key to calming concerns is the assurance that the data is completely anonymised. In a pilot study in November and December last year, Transport for London monitored 5.6 million mobile devices making around 42 million journeys. The information was de-personalized, no browsing data was collated and none of the information was made available to 3rd parties.

The study picked up trends that would not have been detected by a paper-based survey or ticketing data. An example was that in transferring between two major London rail terminuses (Waterloo and Kings Cross), passengers would take 18 different routes with around 40% of customers not taking the two most popular routes. This has major implications for capacity management.

So, has Taylorism and economic management finally conquered the office?

In part “No”. As informality, connectivity and ease of access leads to the alternative use of space (for example breakout areas) or buildings (for example, Regus, WeWork).

As always in the world of work, one size does not fit all.

“I’ll be watching you…” - or at least an anonymised statement of how long someone (may you, the cleaner of the office dog) has been sitting at your desk. 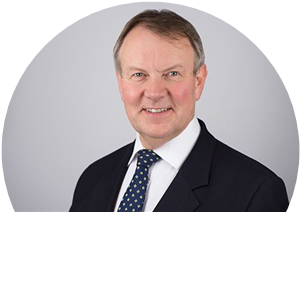 Redefining Business As We Know It