Ireland: A Land of Opportunities for Brokers 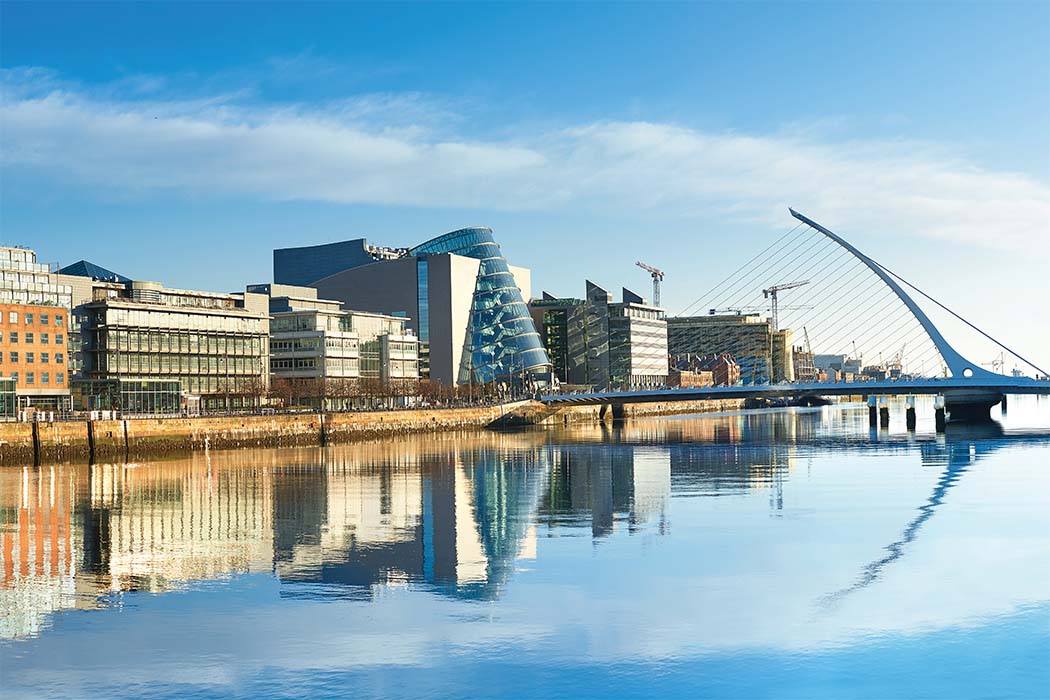 Many may be surprised to learn that Ireland regularly vies for the title of the biggest exporter of software in the world and continues to grow. The number of multinational companies located in Ireland gives this country extraordinary range and depth. According to IDA Ireland, half of the more than 1,600 global companies in Ireland have been here for over ten years, including Google, Facebook, and Amazon. Microsoft, Intel, and IBM are among the many on the island for over 20 years.

Information Communication Technology has been the driver of this growth, and the clustering of global companies in Dublin’s docklands has seen the area dubbed “Silicon Docks.” The strength of the technology sector was underlined in 2020, when Ireland was the only country in the EU to record economic growth (according to IDA Ireland). Other sectors have boomed too, and nine of the world’s top ten pharmaceutical companies are also represented, with many clustered around the city of Cork, in the southwest.

At the center of this success has been the Industrial Development Authority (IDA), the state body charged with attracting overseas investment. IDA has a network of offices around the world, and brokers would be well advised to develop relationships with the local staff, as a source of new requirements.

A key part of this story has been Ireland’s sometimes controversial 12.5% tax rate for overseas companies. However, companies will always say that access to talent, the high standard of education, and the availability of international workers here (10% of the population) are equally important. Ireland has other valuable advantages, and post-Brexit, is the only naturally English-speaking nation in the world’s largest trading bloc.

The recent OECD agreement to introduce a minimum corporation tax rate of 15% is being resisted by Ireland, but that opposition looks likely to fail. Although Ireland will benefit from the higher tax rate domestically, the country may lose up to one fifth of its corporate tax income, as multinational companies will be deterred from routing global sales through their Irish headquarters.

Read the full article in the Fall 2021 issue of SIOR Report now!

Paul McNeive is a former managing director of Savills in Ireland. He now works as a motivational speaker, author and journalist, and will be a speaker at the SIOR International European Conference in Dublin, 13-15 July 2022.