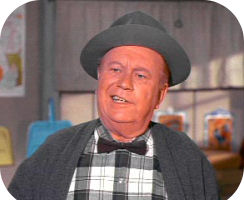 Many years ago (when I was in a different business), I was negotiating a contract with an attorney from a Fortune 100 Company in Central Florida. I was an experienced, knowledgeable sales director for my company. He was heavy-set, poorly dressed, rather unkempt, and he had sort of a "Mayberry" way about him (if you're old enough, picture Uncle Joe from Petticoat Junction or Charlie Weaver). He was friendly, unassuming and extremely likable, kind of like your Grandpa. We sat down and, in a slow southern drawl, he told me, "We think you are entitled to make a profit, but it's going to jingle, not fold." Nothing more clear than that, right?

Well, he surprised me by agreeing to our asking price almost immediately. While I was popping champagne corks, he proceeded to bury me in a litany of terms, conditions, and clauses that I had never even considered. I realized right there that I was an unarmed man in this battle.

I later found out that his only job at this company was to negotiate contracts with vendors. He did it all day long and became very good at it. He didn't know anything about the products or services that he was negotiating for and he didn't need to.

Lesson learned! He got the better of me that day, and while it was still a huge win for my company, it could have been bigger.

Your landlord will gladly give up 25 or 50 cents a square foot to make you feel like you got a good deal. But if the only thing you are focusing on is the rent per square foot, you are not seeing the whole picture. It's not the rent, it's the occupancy cost. There are a least a half-dozen other profit centers for the landlord, and he's betting that you can't identify three of them. In a future edition of this blog, I'll show you at least six or seven landlord profit centers and discuss how a good tenant rep can protect you from them.

Don't get me wrong...landlords are not the bad guys...they're just business people, like you. Some of them are even my friends (at least until they read this). They took a huge risk in buying a property. If they can fill it with credit-worthy tenants, they expect to make a profit (it should jingle, not fold). Absolutely nothing wrong with that. There's also nothing wrong with you being fairly represented in your negotiations.

What did you think of this article? Share Below. 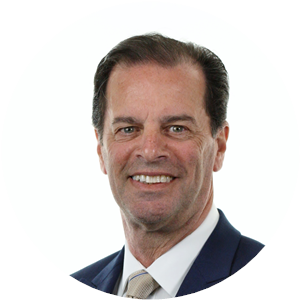