A Tenant’s Market Has Developed in Kansas City 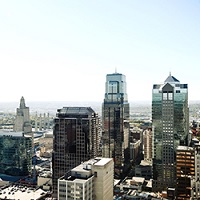 The Kansas City industrial property market has long been recognized as a key Midwestern logistics hub due to its centralized proximity within the United States, significant highway and rail infrastructure, and affordable cost of labor. Throughout the last several decades the Kansas City industrial market was primarily controlled by a handful of local families and developers that showed a penchant for enjoying slow and steady rent growth, vacancy rates that ran lower than the national average, and limited modern development due to the infrequent participation of institutional developers.

As the nation began to recover from the downturn of the late 2000s, Kansas City’s metrics stood out as a market without a glut of excess space to fill and one that could offer a low risk profile with attractive returns. The optimism was furthered by the announcement of newly created intermodal facilities for the BNSF and Kansas City Southern railroads, significant investments to the existing Ford and General Motors auto assembly plants, and the extension of key utilities that put large swaths of ground throughout the metro into production. Existing “big box” facilities that could cater to the next generation of distribution, e-commerce and advanced manufacturing were limited and construction pricing that had historically been high adjusted downward as tilt-up design methods were further refined.

Developers from near and far began to take notice and in 2011 the first speculatively constructed, modern, Class-A building in excess of 100,000 square feet was announced by Northpoint Development. It promptly leased before completion and many similar projects throughout the metro followed suit. Between 2011 and 2014, 8.9 million square feet of new product was delivered to the market and was quickly absorbed, with a large portion leasing prior to completion. Municipalities from around the metro positioned themselves to be the preferred location for ongoing development activities which resulted in many of the projects receiving long-term property tax abatement.

Although users have continued to recognize the strategic advantages of locating in the Kansas City area, a tipping point within the market has now been reached as absorption has begun to slow while new deliveries have remained stubbornly consistent. In July of 2015 there was 3.3 million square feet of Class-A product available and less than two years later that number has nearly doubled to 6.2 million square feet.

This shift has resulted in a market that now favors the Tenant with Landlords becoming increasingly competitive to land qualified deals. Average quoted rental rates of Class-A buildings have fallen by 2.8% since 2015 and concessions such as free rent, shorter terms, higher Tenant Improvement allowances, and termination/expansion options have become more prevalent.

Perhaps most importantly the property tax abatement structures granted over the last few years have grown more aggressive. Almost every available Class-A building now offers an abatement program locked in for 10+ years with levels ranging from 50% to 100%.

Property tax rates across the Kansas City metro for newly constructed buildings range from $1.00 to $1.50 per building square foot. With increased competition keeping rental rates flat, the introduction of property tax abatement means that brand-new buildings with modern amenities can be leased at rates (on a gross basis) that are just above, or at times, even equal to their Class B second-generation counterparts. Rental rates for Class-B and C buildings are beginning to lower accordingly.

Additionally, with Kansas City’s location as a bi-state community, both the state of Missouri and the state of Kansas routinely compete to bring business to their states by offering additional incentives such as training dollars, the retention of payroll state withholding tax and property tax abatement for equipment and machinery.

With landlords and developers eager to fill their space quickly, now is the perfect time for Tenants to leverage the increased competition and incentives to transition into modern buildings at highly attractive rates in a dynamic logistics market.

As always, remember to seek out a real estate advisor that is active in the area and adept in creating a competitive environment that favors the Tenant. 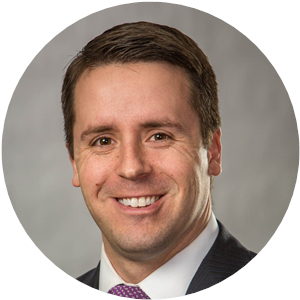 Newmark Grubb Zimmer
Kansas City, MO
Independently owned and operated
View the complete SIOR profile| jhassler@ngzimmer.com
John Hassler joined Newmark Grubb Zimmer in 2010. At NGZ, Hassler’s primary responsibilities include advising clients in the acquisition and disposition of industrial properties as well as representing clients in the analysis and acquisition of investment transactions across all real estate product types. Hassler focuses primarily on properties located throughout metropolitan Kansas City, Missouri. He is intimately familiar with all notable building tenants, owners, lease expirations and transactions in his territory. Additionally, Hassler is trained in multiple real estate systems such as CoStar, REApplications and Xceligent as well as Newmark Grubb Zimmer proprietary software.

5 Ways to Revamp Your Tired Office Building for 2020