Expect the Central Florida industrial real estate market to stay red-hot for the next several years, and be on the lookout for the growth of warehouse and distribution space in Lakeland, Orlando, and Tampa to dramatically expand north to Ocala and east to the Space Coast.

Those were among the major takeaways from 75 high-level industrial real estate owners and developers—including several members of SIOR—who attended the April 27, 2019, Collier's International hosted Central Florida Industrial Summit, at the Centre Club in Tampa. Colliers invited representatives of companies that are involved with significant holdings of Central Florida industrial real estate to attend and speak at the event.

“The last 50 years was all about the I-95 corridor for industrial real estate,” said Steven McCraney, CEO, of Palm Beach-based McCraney Property Co. “We see the next 50 years being all about the I-4 corridor.”

As consumer demand for next-day delivery continues to drive the growth of distribution centers, industrial real estate sales are red-hot and developers are eyeing more opportunities for new construction in prime locations. Manufacturing locations also continue to proliferate around Central Florida, and many occupiers are looking for flex industrial space that can be shifted to accommodate users’ changing needs.

Overall, conference attendees were bullish that industrial real estate activity will continue to hum for at least the next several years along I-4 from Tampa to Lakeland to Orlando.

“The supply situation is favorable in the Tampa and Orlando markets compared to many other parts of the country,” said Ben Brudney, principal at KKR. “Combine that with population growth and the transportation network, and market trends are favorable.”

The northern and eastern edges of the Central Florida market are beginning to emerge, said associate David Wilson of Colliers International’s Orlando office. “We are seeing major growth in the Ocala market because of its key logistics location and strong labor force,” he said. “And with private companies driving the ‘Space Race 2.0,’ we are seeing more and more industrial activity on the Space Coast.”

In the past year, the Ocala area has seen significant growth in industrial real estate activity. As one example, Florida Crossroads Logistics Center—a 617,046 square foot spec distribution center—is being developed by Red Rock Developments, Westport Capital Partners LLC, and Wharton Industrial on 46 acres at the intersection of I-75 and US Highway 27 in Ocala. The location allows for same-day distribution to nearly the entire state—one hour from Orlando and Tampa, two hours from Jacksonville, and four hours from Miami.

Meanwhile, a new emergence of space industry growth is occurring along the Space Coast, driven by private industry. For example, Wilson is working with a satellite manufacturer to locate a facility near Cape Canaveral for the storage and maintenance of equipment prior to launches. This group will be new to the Central Florida region and is just one example of the wave of businesses moving to this area.

Other interesting observations from the Central Florida Industrial Summit included:

“Overall, we saw a bit of a step back in the industrial real estate market in the fourth quarter of 2018, and that carried into the first quarter a bit,” said Joe Rossi, executive managing director of investment services in Colliers International’s Orlando office. “But now it’s ‘pedal to the metal’ again, and I don’t see that ending anytime soon.” 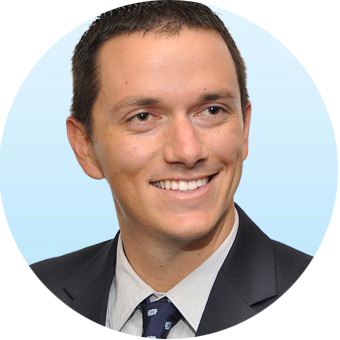