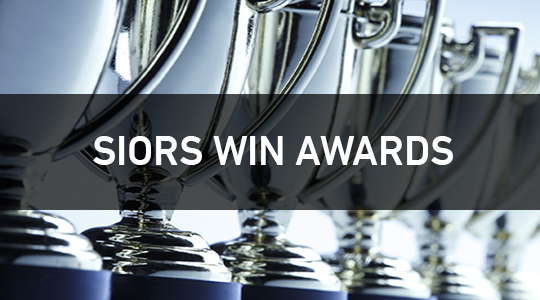 SIOR is pleased to announce the winners of the 2017 Top Transaction Awards. The Top Transaction Awards are presented to the largest sales and lease transactions, ranked by dollar volume, completed by SIOR members worldwide. This year, 600 SIOR members reported 2,000 transactions, totaling USD $10 billion in leases and sales in the industrial, investment, office, land, alternative assets, and redevelopment sectors.

The largest transaction of 2017, both by dollar volume and square footage, was arranged by Jack Fraker, SIOR, of CBRE, who arranged the $475 million sale of 7,796,633 square feet of industrial space across the Atlanta, Chicago, Dallas, Houston, Columbus, and Memphis markets. This is one of the largest SIOR Transactions ever reported.

“This has been an incredible year for SIOR transactions, and we want to congratulate all of our members for their successes in 2017,” said Del Markward, SIOR’s Global President. “The Top Transactions Awards Winners submitted some of the largest transactions ever recorded by SIOR, and, in an association that already consists of the absolute best of our industry, these members have truly distinguished themselves as premium producers.”

In total, 19 members won awards for 14 different categories. For a complete list of the 2017 SIOR Transaction Awards, click here.

Get to Know Our CEO: Robert Thornburgh, SIOR