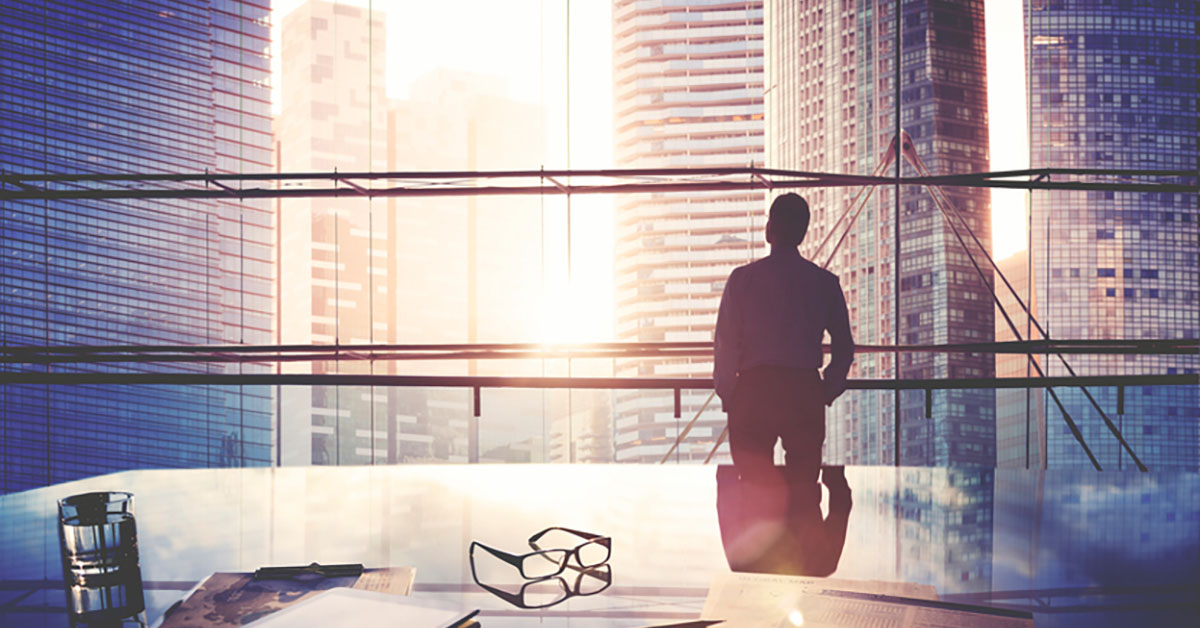 Armed with powerful goals, extensive industry knowledge, and an abundance of passion, SIORs are ready to take on the new year.

2022 was a year of recovery and acceleration for the Commercial Real Estate Industry. With the new year already underway, the best brokers in the business understand that without ambition, achieving excellence would not be possible. We asked several of our influential members about their goals for the upcoming year, as well as what they're looking forward to in 2023.

Nick Eyhorn, SIOR, an agent at Williams & Co. Real Estate in Lubbock, Texas, is an office specialist who received his SIOR designation just last year, and is more than eager to share his resolutions. "A big professional goal of mine is to invest in growing my skill set and abilities to better serve my clients," he says. He plans to do this by coaching via the Massimo Group and networking through SIOR. Eyhorn finds his inspiration in a quote by James Clear, from the book The Atomic Habits: “Every action you take is a vote for the type of person you wish to become.”

“I have never been one to set New Year’s Resolutions because I think it is too easy to break them,” admits SIOR President-Elect David Lockwood, SIOR, executive vice president and COO at Colliers in Columbia, S.C. "However, I am a goal setter for sure.” He explains that his goal for 2023 is to connect with as many spheres of influence as possible. “I believe business is generated by networking and top-of-mind awareness.” Lockwood hopes to create new relationships in SIOR, especially with new members who are just achieving their designation. “To me, SIOR is all about personal relationships and I value and treasure each one,” he says.

When it comes to goals, some SIORs are laser-focused on what they want to achieve. Amy Calandrino, SIOR, founding principal/broker at Beyond Commercial in Maitland, Fla., plans to write a book educating others on the value and importance of commercial real estate investment. “While I represent clients of all sizes,” she explains, “my passion is helping business owners become their own landlord and create generational wealth.”

“An obstacle is what you see when you take your eye off the goal.” This quote by Henry Ford is a favorite of SIOR Past President Mark Duclos, SIOR, president at Sentry Commercial, and indicative of how Duclos aims to embrace the year ahead. On what he hopes to accomplish this year, he states firmly: “Get rid of the white noise. Stay 100% focused on our goals. No exceptions.”

SIOR Immediate Past President Patrick Sentner, SIOR, executive vice president at CBRE in Pittsburgh, Pa., is taking a more lighthearted approach. He jokes that now, with an "extra 60 hours a week," he hopes that he and his team can "get to a point in our careers where we are killing it, and at the same time having a ton of fun."

SIORs are not lacking in personal goals, either. Calandrino highlights the importance of family. “Personally,” she says, “I’d like to start a foundation to bolster the impact that I’m having in my community and beyond, while also creating a legacy for my family. I have two toddlers and they mean the world to me.” Calandrino’s chosen quote for the new year aptly describes how she is able to maintain such heartfelt aspirations. Attributed to Tim Ferriss: “Greatness is setting ambitious goals that your former self would have thought impossible and trying to get a little better every day.”

Members are constantly taking advantage of SIOR’s elite network. When asked what they are looking forward to in 2023, Eyhorn comments, “As a West Texas guy, I am looking forward to growing my relationships with other SIORs.” He also adds that CREate 360 was his first conference, and he “came away with numerous professional connections who are now personal friends.”

Calandrino, who is also a recent designee, agrees. “I’m looking forward to being an Orlando / Central Florida resource for other SIORs. While I’ve only been a SIOR for a few months, I already referred out deals to other SIORs since then and can’t wait to see them close.”

Duclos is thrilled to see the organization’s forward momentum. “Couldn’t be happier with where SIOR is headed,” he states. According to Duclos, the increased focus on more diversity, younger members, more partnerships, and increased social-media engagement have helped in “raising the bar on all aspects of member value.”

Amy Broadhurst, SIOR, vice president at CBRE in Pittsburgh, Pa., concurs with Duclos' insights, citing that she is excited to see SIOR shifting into a more diverse group of individuals, particularly when it comes to female representation. In an industry that is currently male-dominated, it is important to her to assimilate while also cultivating a sense of individuality. She follows up with a favorite quote by George Bernard Shaw: "Life isn't about finding yourself. Life is about creating yourself."

With SIOR’s Spring 2023 Event just a few months away, SIORs across the globe are more than excited to connect with other members in Montreal. “SIOR’s 2022 World Conference in Dallas set a new standard,” says Duclos. “Look out Montreal, here we come!”

“We are in an incredibly strong era for SIOR,” Lockwood adds. “There is a buzz about SIOR in the industry which has not been prevalent in the past. It is so rewarding to see the new SIOR designees and especially the new Member Associates. The future has never been brighter for SIOR.”

Whether personal or professional, the ambitions of these SIORs is a testament to their character; their goals aren’t just for themselves—they do everything they can to better serve those around them. As we launch into the new year, SIORs are paving their way towards creating a lasting impact on the industry, their peers, and the communities they cherish.

The Society of Industrial and Office Realtors® (SIOR) represents the world’s elite in industrial and office brokerage. SIORs are held to the highest standard by completing thorough requirements and adhering to the SIOR Code of Ethics. SIOR is more than a designation, it’s a symbol of excellence. SIORs value the power that comes with building relationships and sharing ideas that are on the leading edge of the industry. They are the most trusted resource in commercial real estate. For more information, visit sior.com