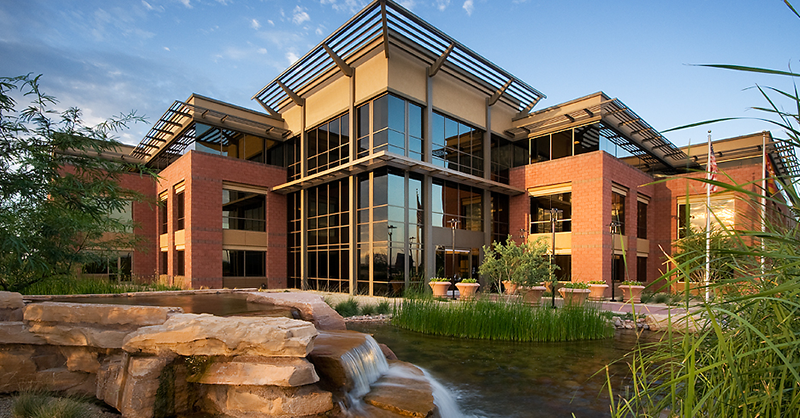 The commercial real estate market has seen its share of trends due to economic volatility. According to a recent report from global real estate services company, JLL, office vacancies rose to 14.9% by the end of 2017. With almost 58 million square feet of new supply coming to market nationally, these rates are projected to only increase moving forward. At the same time, pricing of new high-rise construction is at an all-time high. As a result, both investors and tenants are exploring other cost-effective options and are now looking at mid-rise office buildings as the “future of office investment.” But what are the advantages that mid-rise offices provide that high-rise office building do not?

Mid-rise buildings are a more cost-effective option for the investor since both office prices and costs to tenants have risen. An investor in California or Chicago can purchase a Class A mid-rise for $300 per square foot, versus three times that for new construction. Mid-rise buildings are typically priced at lower rates than a high-rise building. This translates into a higher yield potential for investors after Capex spending and rent increases with more possibility for cap rate compression during the disposition phase.

There are currently 57.3 million independent workers and entrepreneurs working in America—that’s 36 percent of the workforce creating enormous demand for co-working spaces. Shared workspaces have grown at an incredible rate of 200 percent over the past five years. In global cities like London, New York, and Chicago, they are expanding at an annual rate of 20 percent, making co-working an institutional part of the market. In general, mid-rise spaces are much better suited to co-working tenants because of the larger floor plates, proximity to outdoor spaces, and the fact that older buildings embrace the ethos of adaptive reuse, which is appealing to millennial and Gen Z office users.

Mid-rise office buildings are scaled to foster connections between people in a way that is difficult to replicate at a large high-rise tower, making it easier to create the feeling of community. The larger open floors and outdoor campus environment typically make it easier to co-locate multiple tenants in adjacent spaces. How about offering an outdoor work space for your tenants that includes food trucks or a space to grill or host early morning yoga? Alter’s mid-rise mixed-use development at Riverwalk at Talking Stick in Scottsdale, Ariz. incorporates spaces for modern, collaborative work environments, a fitness facility and on-site restaurants and hotels for client meetings. Landlords have promoted this further with building programming including educational sessions, networking receptions, and philanthropic outreach. All this ultimately spikes tenant retention and creates a day-to-day experience which cannot easily be replicated.

#4 Mid-Rise Buildings Can Be More Sustainable

Smaller buildings tend to be more energy efficient and sustainable since they use less energy per square foot and often have smaller common areas. Also, many mid-rise buildings use concrete, which impacts the buildings' sustainability. Concrete is not only durable, it can also absorb and retain heat, retain storm water, and produce less building product waste for the environment.

#5 Consider Moving to the Suburbs

Mid-rise suburban buildings are becoming much more popular since costs within the urban core have spiked. Increasingly, the cost to re-purpose an older or unoccupied use is cheaper than funding the site acquisition, permitting, and approval process, plus the cost of ground up construction at a time of rising materials prices and scarce construction labor. Some reports suggest that compared with a new construction, adaptive reuse and restoration can be 16 percent cheaper in terms of construction costs and take 18 percent less execution time. In addition, the suburbs are slowly seeing a reverse migration of millennials. According to Marcus & Millichap first vice president of research services, John Chang, "over the next five years, the majority of millennials will start to move into that age where they're getting married and starting families and that will be a key driver. When they do that, these suburban locations with amenities are going to be favored." We have seen this especially around big cities where downtown rents have risen the most, including in Plano, Texas and Northern Virginia.

A key feature of the new mid-rise office campus is the greater focus on access. Whether it is extending expressways or adding new track on existing train lines, owners are bringing the advantages of urban proximity to mid-rise suburban developments. In addition to infrastructure, this includes shuttle service and even free ride-sharing to surrounding amenities and mass transit.

, executive vice president at Alter,one of the country’s leading experts on corporate real estate across all product categories and geographic regions. His analysis of the national market has been featured on PBS, the Wall Street Journal and Crain’s Chicago Business. He is responsible for directing business development, corporate services, leasing and build-to-suit activities for Alter.

Making the Most of an SIOR Conference