State of Nevada - The New Kid on the Block

As a resident of Nevada now for last 17 years I have seen our state evolve through many different facets. This includes the mega expansion of our gaming corridor, the rise and fall of our residential market, and finally, the crash of 2009-2011 of our national economy.  However at the end of the day, the state of Nevada has come back much stronger and better than ever before as the New kid on the block.

With the recent announcement by the Governor of Nevada- Brain Sandoval and Elon Musk CEO of Tesla, Reno- Nevada has been selected as the official site for Tesla Gigafactory and the grading of the site has commenced. Tesla Motors closed its deal in October 2014 to acquire the +- 980-acre site in an industrial park outside Reno where it has already begun pouring concrete for a giant lithium-ion battery factory. Battery production at the gigafactory is supposed to begin in 2017 and peak battery production should be reached when the plant is fully operational in 2020, which is Tesla's target date for manufacturing 500,000 electric vehicles a year. The park is located just outside the county limits of the Reno-Sparks metropolitan area and includes companies such as Kal-Kan, Wal-Mart, Dell Computers, and Toys R Us, to name a few. The industrial park for Tesla’s site is next to coast-to-coast interstate highway and rail systems. Tahoe Reno Industrial Center (TRIC) is a massive 107,000 acre park that encompasses a developable +-30,000 acre industrial complex with pre-approved industrial and manufacturing uses. The park is located nine (9) miles east of Reno on I-80 with rail sites, municipal water and sewer utility companies including high pressure gas to all sites.

The Tesla project will likely total between five and six million square feet. The State of Nevada is paying the park’s owners an estimated amount of +- $43 million for right-of-way to extend a four-lane road through the complex to US Highway-50, a major interstate. In choosing Nevada, Tesla has picked a location which is just a few hundred miles from its main assembly plant in Fremont, Calif., and its nearby corporate headquarters in Palo Alto.

Tesla will build the world’s largest advanced battery factory in Nevada with nearly 100 billion dollars  in economic impact and this means jobs of about 6,500. With this announcement others are quickly following suit and either looking to expand or relocate their businesses in the Silver State. This mostly includes build to suits for E-commerce expansions and other large industrial users. The industrial rents are very competitive and are back in line with other national markets such as Phoenix-Arizona, Southern California, Dallas-Texas, Atlanta and Savannah Georgia.

The REITS have a strong interest in acquiring institutional grade/value add portfolios in Nevada. The state offers incentives such as no corporate tax, no personal income tax and no inventory tax. This is huge for small to large business owners and it does impact their bottom line. Nevada also offers businesses (FTZ) free trade zone classification which allows and helps to minimize international trade barriers, enabling importers and exporters to operate under better economic conditions. 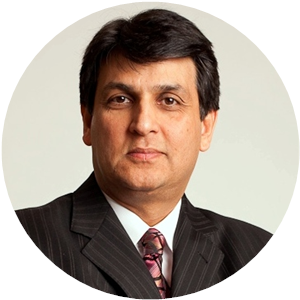