What Will Happen to Toys "R" Us Stores? 5 Examples of Repurposed CRE Done Right 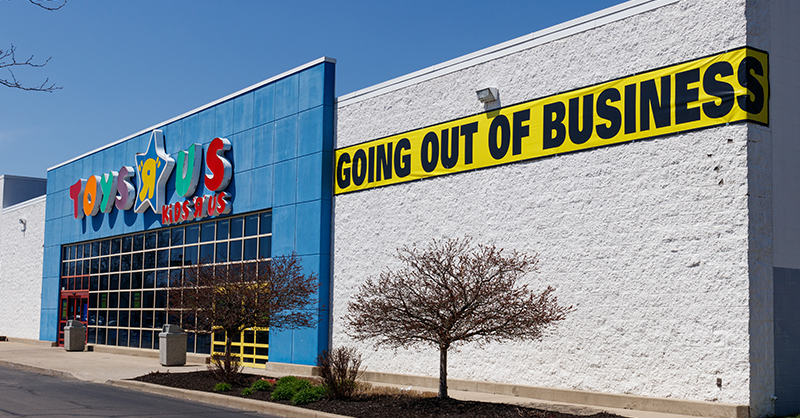 Since the majority of Toys "R" Us stores are located in three prime locations (Florida, California, and the Northeast), many experts believe that the 700+ stores going vacant across the country this year will not remain empty for long. Through the lens of CRE, trying to start a new development in these locations is hugely expensive, but is much more doable when the property already exists, making it a much better option for landlords, developers, and building owners.

Many traditional retailers like Marshalls, Burlington, TJ Maxx, and Ross Stores are quickly staking out some of these properties going up for sale or lease in these regions. There are also rumors that Amazon is interested in converting some of those Toys "R" Us stores in order to continue to expand their grocery footprint, but these are just some of the many possibilities for Toys "R" Us stores.

Whether in retail, industrial, or office, commercial real estate is changing, and repurposing existing buildings is an important part of it. Startups and online retailers are expanding into brick-and-mortar, causing CRE professionals to look for non-traditional ways to market, develop, and occupy commercial real estate.

Atypical tenants, like unique fitness centers or pop-up stores, are drawing more attention than traditional stores from investors and consumers. Repurposing these stores will be much more cost effective and their locations make them prime candidates for some exciting new uses. Below are five standout examples of CRE repurposing projects:

Several cities throughout Texas are experimenting with mixed-use trends and none are more receptive to it than Austin. One example is an old power plant with a large footprint that has been revamped into a multi-use complex which includes a hotel, retail stores, an office, and residential buildings.

An old, 1851-era jail in Boston that was closed in the 1970’s for violating “the constitutional rights” of its prisoners. Today, it is an upscale hotel that opened just over a decade ago. Its palatial 90 foot ceilings and redeveloped atrium includes a high end restaurant.

Another repurposed building in Austin was once a vacant water treatment plant. What was once an eyesore is now part of the new mixed-use Seaholm EcoDistrict in the heart of Austin. It features a high-tech six story library with lake views and porches for browsers to sit and read along, plus an on-site coffee shop. The library spans 198K square feet and is LEED Platinum certified.

In West Chester, Pennsylvania, an old armory used by the national guard from 1916 to 2013 has been completely transformed into the new Uptown! Knauer Performing Arts Center. After two years vacant, for just over $750,000, this three story 14,000+ square foot space is now host to several resident companies, holding live theater performances and film premiers.

When it was built over 120 years ago, it served as a fancy new firehouse in New York City. It was decommissioned more than 40 years ago and was declared an historic site. For less than half a million dollars, the building has been reformed into a community media center that offers youth programs and workshops.