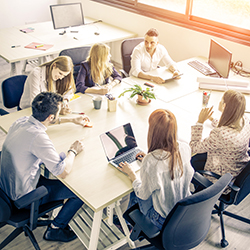 It’s no secret that co-working is one of today’s hottest trends. To help put the dynamic growth in perspective: Only a handful of executive-suite providers existed in Austin, TX five-plus years ago, whereas today there are more than 20 such businesses in the city leasing out as much as 400,000 square feet of space.  According to Jason Saltzman, CEO of collaborative workspace provider Alley and guest writer for Entrepreneur magazine, some 70,000 co-working spaces are used globally, and Deskmag – a magazine devoted to co-working – predicts that 1 million people will conduct business out of shared space by 2018.

According to multiple reports, the most common advantages of the co-working phenomenon are: Community, connectedness, collaboration, networking, and peer-to-peer learning. While all of these benefits are true, there are four other business and/or real estate reasons why today’s tenants find co-working environments so attractive.

Young and/or growth-oriented companies that are focused on building their management teams and initial products may have raised early rounds of funding, but cash remains king. In a tight marketplace like Austin, where attractive traditional lease options are limited, tenants frequently sink significant dollars into such capital expenditures (capex) as design, construction, new furniture, telephone/cabling and so forth. On the other hand, co-working space providers have already invested upfront capital into their locations. While a co-working tenant may cover these costs over the term of a lease, the saving of a large upfront cost allows a younger company to use its capital on the business, whether it be for hiring new employees or building its product.

Five-plus years ago, the traditional executive-suite model leased out individual enclosed-office spaces. Enclosed-office configurations made sense for both young and mature companies looking to expand their presence in a particular market, but the economics and functionality of the spaces became obsolete once the business grew beyond five or 10 people. Today’s co-working spaces are designed much more effectively, allowing for team rooms and glass walls that bring in natural light within all portions of the space. Such attention to design easily enables companies to scale upwards of 30-50 people within the same building or space, keeping relocation costs to a minimum and productivity high.

In a supply-constrained market that includes older and outdated spaces alongside newly constructed product, a tenant is often required to accept a longer lease term – of up to seven years or more – for traditional space. A long-term lease is not always a good fit for a company that does not have a clear vision of where its business will be in two years. Five or seven years can feel like an eternity for technology companies undergoing constant change. However, co-working space providers are more than happy to sign three-to-12-month leases or even go month to month. That’s a significant difference.

To attract and retain the best talent today, companies must offer employees more in the way of amenities, such as workout facilities, showers, and restaurants/bars within walking distance of their workplaces. Co-working spaces typically locate close to amenity-rich environments, building upon the importance of community and connectedness.

In the past, these environments mostly attracted early-stage startups and freelancers. Now, even large corporate users are getting the message. IBM recently leased an entire 10-story, 86,000-sf building from co-working space provider WeWork in New York to accommodate up to 600 employees. In terms of the space size, this deal represents a landmark co-working lease transaction. But David Fano, WeWork’s chief product officer told The Real Deal New York that major companies have exclusively taken 30 full floors in WeWork buildings. Furthermore, large companies with more than 500 employees account for 20% of WeWork’s membership.

Co-working space is not for everyone. Disadvantages include distractions, noise, potential employee poaching and the lack of a stand-alone company identity and culture. However, the aforementioned benefits are real – and hard for a business to ignore.

It is expected that more and more companies – both small and large – will consider co-working space as a potential option for their businesses. 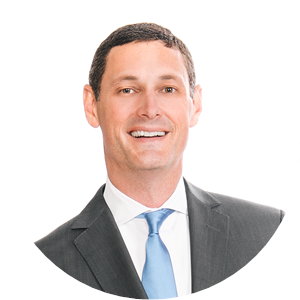 is a Principal of Avison Young based in the firm’s Austin, TX office. He specializes in office tenant representation, acting for leading corporations and local organizations alike.
View the complete SIOR profile | carl.condon@avisonyoung.com