Five Lessons from the SIOR Conference 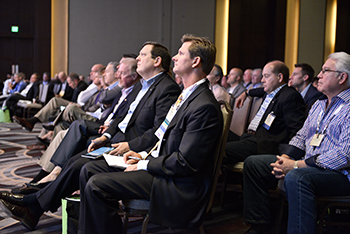 A few weeks ago I had the privilege of presenting at the SIOR Global Conference in Nashville, TN. The conference was phenomenal.  In my 25+ years in the industry, I have been to too many industry conferences to count.  I would certainly put this one as one of the best ever.  As I took countless notes during my several coaching prospect meetings, walked through the vendor/exhibitor space and attendance of several powerful presentations, I thought I would share with you five key lessons from my visit.

1. Create an undeniable value proposition. The conference value proposition was strong, even with a secondary market (if not tertiary) such as Nashville.  The conference organizers orchestrated a powerful lineup of speakers, breakout sessions and social activities to draw almost 1,000 members to a city that is not very easy to get to.  With a membership of over 3,000, 1/3 of the membership felt this program was strong enough to attend.  Compare this to the CCIM event this same week, an association with many more members, in a major city (LA), and an alliance with RealShare.  That conference only drew an estimated 200 designees, or so I have been told by several colleagues. Heck, I am a CCIM, but their event was simply too expensive when considering travel to the west coast and time away from the office and projected attendance too light for me to feel I would have a substantial return on investment (money) or return on involvement (time). What is your value proposition?  Is it strong enough to attract your targeted prospects.

2. Be Passionate and set a vision.  Diana Nyad brought down the house.  She was the keynote speaker on day 2.  The marathon swimmer, who – at 60 – is the only person to swim from Cuba to the US.  Diana spoke about consistent habits, and doing simple things every day to prepare her for her this enormous challenge.  She was a fanatic, a perfectionist, and more importantly, she was passionate about a vision she set for herself as a 5 year old girl.  What is your passion, what is your vision?  In our world of providing commercial real estate services, we should all be passionate about our work and set a vision for where we are going.

3. Leverage a team and recognize their value. Diana Nyad also shared the story of team work.  She stated how, after everyone lost faith and interest in her quest to cross the gulf stream, her team remained with her.  She shared how 2 hours before reaching Key West she had her team of 44 circle around their boats around her and she, after the marathon swim, had the insight to tell them when she reaches the shore, everyone will be saying how incredible her accomplishment was, but it wasn’t her accomplishment, but the teams’.  As I continue to study the best practices in commercial real estate, the presence of a team and team leaders recognizing their value is an overriding lever to success.

4. Align yourself with a coach. Diana Nyad also shared stories about her coach and accountability partner.  Someone who would not only assist in setting a plan and strategy for success, but also be there to navigate when the seas got rough and motivate when Diana’s momentum and passion was diminished.  Once when Diana believed she could not go any further her coach pleaded for “just 5 more strokes”.  And when those strokes where completed, her coach would ask for 5 more.  Certainly what we do as commercial real estate practitioners cannot compare to a marathon swim, but a coach, a partner, a strategist and motivator will help you reach your vision.

5. Invest in yourself.  The attendees were engaged in every aspect of the event.  The energy level was incredibly high.  I presented two sessions on “Maximizing Your Income in 2015″ and the large room was packed for both sessions.  The second session was on Friday afternoon from 4 to 5:30 and competed with cocktail events for attendance.  The attendees delayed the cocktails and proactively participated in my and other breakout sessions.  They understood the importance of making a commitment and investing in their greatest asset - themselves.  If you want to grow, you need to plant some seeds.  You need to invest in yourself.  Many SIORs are the most seasoned professionals in the industry; that is, many are a older demographic – yet they recognize they won’t maintain the same level of success by doing the same things. 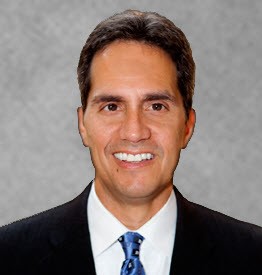 is a best-selling author, consultant, coach and speaker. His company, the Massimo Group, works with individual commercial real estate professionals and/or their teams to create sustainable, profitable, personal businesses and building their wealth. To learn more please visit www.massimo-group.com.

The Power of Togetherness