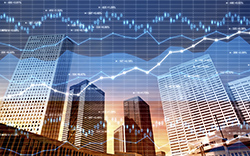 Members of the Society of Industrial and Office REALTORS® (SIOR) participated in the Commercial Real Estate Index survey, supplying their knowledge of the industrial and office market conditions in the United States for the fourth quarter of 2016. The responses, given by 240 SIOR members, compiled by SIOR in association with the National Association of REALTORS® (NAR), present an accurate depiction of the current industry for the end of 2016.

The SIOR Index increased 4.2 points during the 4th quarter of 2016, moving from 119.0 to 123.2., keeping the Index value above the 100-point threshold for the 11th consecutive quarter. The index was 0.3 percent higher on a yearly basis. The SIOR Index measures ten variables pertinent to the performance of U.S. industrial and office markets (see methodology).

Rents rose for office and industrial properties—74 percent ascertained that rents were above historical trends. Meanwhile, 24 percent indicated that rents were in line with long-term averages, and 6 percent of SIOR members considered that asking rents were below those of one year ago.

Subleasing availability declined, with only 8 percent of SIOR respondents feeling that there was ample sublease space in their markets, compared with 9 percent last quarter; 62 percent considered subleasing to have a small influence on the market.

In terms of tenant concessions—19 percent felt that tenants were benefiting from moderate concessions to deep discounts to rents (23 percent last quarter); 34 percent of respondents found a market in normal negotiating balance; 47 percent thought the market favored the landlord.

New construction of office and industrial spaces moved sideways, with 35 percent of SIOR members reporting new construction during the quarter, and 19 percent indicating new building development close to historical averages; 28 percent of respondents indicated levels lower than normal, and 17 percent mentioned that there is no new commercial construction in their market.

Development conditions continued shifting in favor of sellers during the period, with 53 percent of SIORs rating it a seller’s market. Investment prices increased slightly, with 43 percent of respondents indicating prices were above construction costs.

Regionally, the survey respondents pointed to solid performance across all four regions. The West and Northeast posted the highest quarterly gains—7.5 points and 7.4 points respectively. The West also recorded the strongest yearly advance, with a 2.5-point gain. The South region remained in the top, with the highest index value—129.3. The Midwest kept a solid pace of growth, with the index advancing 2.0 points year-over-year, at a quarterly value of 123.9.

DFW Companies Leading the Way to Reimagining and Reopening Offices