In the last 10 years, the millennial generation proffered a preference for urban environments, so the trend stared reversing back to Long Island. The world changed as Amazon and other companies came, making instant gratification a possible reality. Last mile warehousing was demanded and now this industry trend is back to multistory buildings, with a twist.

The industrial genesis of Long Island began when businesses started moving out from New York City, Queens, and Brooklyn in the 1950s. At the time, Long Island was a post-War, developing bedroom community with much of the land still farm-based, particularly potato fields. Visionary developers started constructing one-story industrial spaces with high, 14-foot ceilings. In comparison, companies in the city mostly occupied multistory buildings with low ceilings, no land or parking, and cumbersome interior elevators with inefficient loading. The attraction of a one-story building with good loading and no elevator along with those seemingly high ceilings was compelling, so many businesses began moving eastward. It started in western Nassau county and has been moving eastward into eastern Nassau, then western Suffolk county, and ultimately eastern Suffolk County. Long Island’s base continued to grow and became more efficient from continually improving buildings with higher ceilings and more efficient loading, and soon became the epitome of the modern high efficiency building. High-quality industrial and business parks sprung up and while the markets went up and down, the basic growth curve continued. The population grew and the workforce grew with it. Now, the problem is that the island is running out of room.

The multistory e-commerce building is now a reality, and what a reality it is. Ware Malcomb has created a multistory prototype that, with high ceilings and efficient loading to accommodate today’s 53-footers on multiple levels, creates a modern warehouse facility that meets current operational requirements. The buildings provide parking for many cars, with truck loading and yard area. The independent steel construction utilizes non-bearing concrete wall panels that can be constructed simultaneously and erected sequentially. Additionally, the divisible building will be between 250,000 and 500,000 square feet, depending on demand, and will be two to three stories with high-speed freight elevators.

Long Island is becoming more urbanized and with no land left in desirable areas, the multistory industrial building seems like the next move. What comes next? The industry will just have to wait to see who the future visionary developer will be. 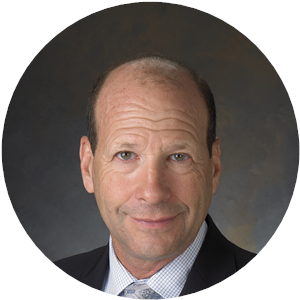